A collaborative project with Julian Rowe, for ‘Gesture of Resistance’, Documenta, Athens.

Arthur Ducklin (1917–1965) operated on the fringes of British politics in the 1950s and 60s as self-styled leader of the right-wing League of Albion. He is best remembered for his innovative style of political activism. Ducklin was an avid believer in “Peithonics”, the theory of mass manipulation pioneered by US psychologist S McKenzie Strutt. The central tenet of Peithonics was that “persuasion has nothing to do with truth”. Strutt developed the Peithotron, an electronic device claimed to influence the mood of a subject through the generation of low-frequency electromagnetic radiation at levels matching those of human brain activity. By combining frequencies in complex interference patterns, Strutt’s machine could be tuned to render a state of suggestibility in bystanders. In 1957 Ducklin acquired a Peithotron, and deployed it at League rallies with the intention of making easy converts. The effect relied upon a degree of rage in the audience, which the machine could exacerbate. Ducklin’s confused ideology undermined his ambition to found a mass movement and he eventually turned his attention to supporting the campaigns of others. He was often to be seen with his Peithotron in the background at political rallies around the world. His death in a remote town in Panama was both sudden and unexplained. We were grateful to League of Albion Publishing, for their generous loan of Ducklin’s original Peithotron for this exhibition. 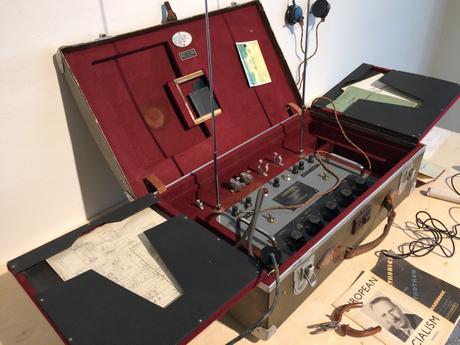 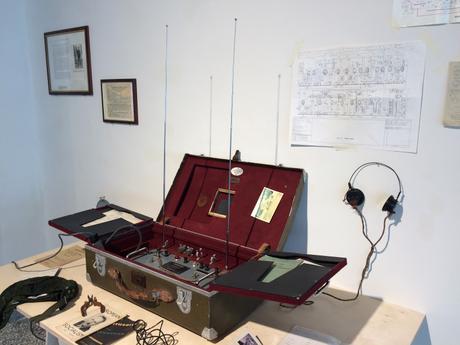 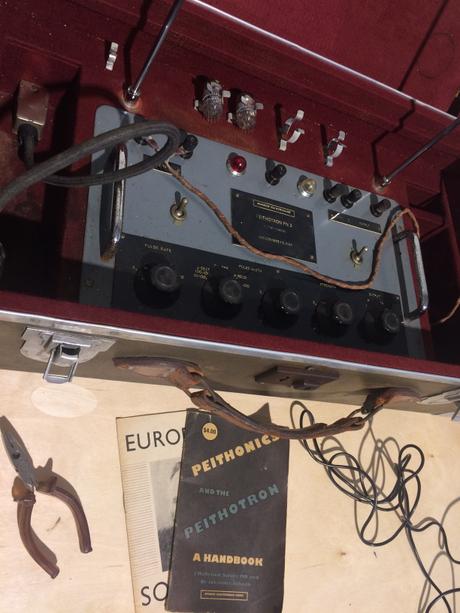 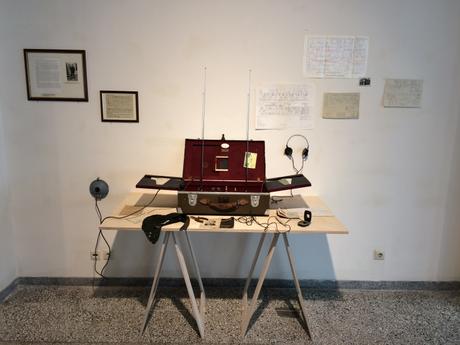 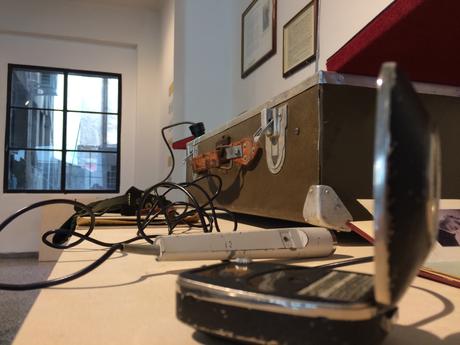 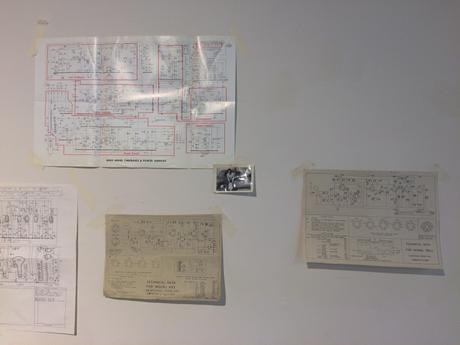